Fire & Grace—Alasdair Fraser & Natalie Haas
Dazzling teamwork and driving, dancing rhythms mark this dynamic release of this award winning Scottish fiddler and brilliant young cellist. “The cello was traditionally the back-up instrument to the fiddle in Scottish dance ensembles, into the 20th century,” says Fraser, “and it has long been one of my goals to put the cello right back there, at the rhythmic heart of Scottish music."
In the Moment
Alasdair Fraser & Natalie Haas
The music on this album is highly original with most of the pieces being written by Alasdair Fraser and a wonderful new composition by Natalie Haas. Also includes performance favorite "Trip to Pakistan" by Niall Kenny. Guest artists include Haneke Cassel, piano and Eric Rigler, pipes. 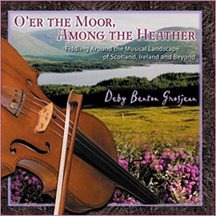 O’er the Moor, Among the Heather
Fiddling Around the Musical Landscape of Scotland, Ireland and Beyond

This instrumental CD captures the musical imagery of the Celtic countryside. Deby’s fiery fiddling is a joyous celebration of life like the gaiety of laughter with family in a crowded kitchen or dancing strathspeys and reels with friends in a full Ceilidh hall. A fiddler’s tune is remembrance; it’s an emotional souvenir of time. 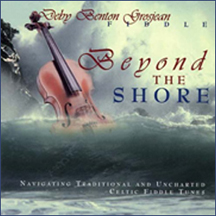 Beyond the Shore Navigating Traditional and Uncharted Celtic Fiddle Tunes

Fiddler Deby Benton Grosjean. Deby's exciting fiddle technique and compelling arrangements takes the listener on a journey "...navigating traditional and uncharted celtic fiddle tunes..." The unique combination of well know artists blends on occasion with the sounds of the sea and takes you away from the drum of daily life.

Three-time US National Scottish Fiddle Champ. One of the finest and most fiery Scottish fiddlers of our time, Bonnie Rideout brings to her performances the evocative music of the Highlands. For more Bonnie visit the Maggie's Music page.
Scottish Fire
From Scotland's Edinburgh International Festival to America's Kennedy Center, her fiery performances of ancient Gaelic melodies, strathspeys, jigs and reels ignite the rich musical traditiond of her Scottish heritage.

Scottish Rant!
Bonnie performs with the City of Washington Pipe Band--an award-winning pipe band and drum corps, 26 members strong--generating plenty of spirit, with all the rhythmic drive and vitality they can muster. Whether opening ears with reels and jigs or melancholy air, it's clear these musicians are capable of playing deeply soulful music as well as inspiring rants. 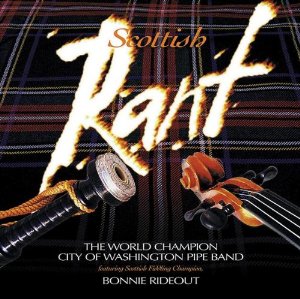 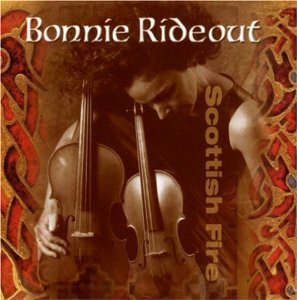